Every Tuesday talk tips and tricks on digital marketing for your business or organization in person or online. From optimizing your giving pages to ways to organically promote your cause – we’ll discuss the best way to promote yourself online.

The Rural Impact Hub in Auburn will host a legislative forum for candidates running for legislature in Nebraska’s District 1. The event will be held in a virtual format to facilitate social distancing. Register below.

The Rural Impact Hub in Auburn will host a legislative forum for the candidates running for Legislature in Nebraska’s District 1. The event will begin at 6:30 p.m. and will be presented in a webinar format. RSVP below.

All three District 1 legislative candidates have confirmed their attendance. They are Dennis Schaardt (Table Rock), Janet Palmtag (Nebraska City) and Senator Julie Slama (Peru). The forum is designed to give candidates an opportunity to discuss their position on issues relevant to rural Nebraskans – and, specifically, District 1 constituents.

It’s called an “organization” for a reason! Your personal habits, methodology and planning can directly impact the productivity and effectiveness of the board you are a part of.

On Saturday, Feb 29, we’ll gather around coffee and conversation regarding the construction of your board binder – and best practices for steering your nonprofit board!

Existing, transition, and start-up small business owners and mangers are welcome to attend this workshop series.

REAP is funded in part through a cooperative agreement with the U.S. Small Business Administration. All REAP and Small Business Administration programs and services are open to the public on a nondiscriminatory basis.  Reasonable accommodations for persons with disabilities and/or persons with limited English proficiency (LEP) will be made if requested in advance. Center for Rural Affairs is an equal opportunity provider and employer.

Peru State College, Auburn’s Rural Impact Hub, and Auburn Development Council are teaming up to offer a coding program throughout the summer.

Contact Kim Beger if you have further questions:
info@growaububrnne.org or 402-274-3420

The Rural Impact Hub invites you to join a webinar that will unpack trends, successes and failures in rural education. The webinar will be a “town-hall” style and allow you to interact with a panel of leading education experts and to share best practices and greatest challenges when working in rural communities.

Media and Politics with Mike Flood

Join former Speaker of the Legislature and broadcaster Mike Flood to discuss
media and politics in America at the Rural Impact Hub.

Mike believes it’s important for Nebraskans to connect with each other around what unites our communities rather than what divides them. Our success as a state depends on our ability to respect each other and to understand the issues affecting different parts of the Cornhusker State.

Mike’s focus is on the day-to-day operations of the News Channel Nebraska television network and leads our statewide news effort. He is also an attorney at Norfolk’s oldest law firm, Jewell & Collins.

Join us for coffee and conversation at the Rural Impact Hub on Saturday, February 23 at 10:00 am.

The webinar will be a “town-hall” style and will allow you to interact with a panel of leading economic development experts to discuss best practices and greatest challenges when working in rural communities.

Join online or in person at the Rural Impact Hub in Auburn.

Join us for coffee and conversation at the Rural Impact Hub on Saturday, January 19 at 10 am to learn about the healthy habits of highly effective nonprofit board leadership.
We encourage anyone who currently sits on a board to come and discuss the best practices with others.

As a part of Auburn’s Annual Christmas Opening 2018, the Rural Impact Hub and Auburn Development Council will be hosting retail businesses and vendors who do not have a storefront in downtown Auburn to participate in a Popup Retail event.

Join fellows from the Rural Futures Institute to discuss healthcare issues facing rural America. Join in-person of via live-stream! Open to the public.

Join a panel discussion to hear thoughts on the challenges Nemaha County faces on caring for youth and the systems in place to help.

In this free workshop, we’ll share tactics for online fundraising. From optimizing your giving pages to ways to organically promote your cause – join the team at Rural Impact Hub and BCom Solutions to learn how your organization, large or small, can take advantage of the online fundraising world to benefit YOUR organization.

Tierra Williams, a 2017 graduate of the University of Nebraska at Lincoln and a 2013 AHS graduate, will be the keynote speaker for the Rural Impact Hub’s monthly speaker series.

Tierra is an All-American jumper who was the Nebraska Student Ahtlete of the Year for the 2016-17 season. In 2016, she was the Big Ten outdoor champion in both long jump and triple jump. She earned academic all-Big Team honors in both 2015 and 2016 and was a Big Ten Distinguished Scholar.

Tierra studied child, youth, and family studies at Nebraska. Her inspiring talk at the Rural Impact Hub will highlight her story coming to Nebraska and overcoming obstacles to achieve success.

Join us for our November speaker series with Southeast Nebraska resident and entrepreneur, Nikki Hayes.

As a part of Auburn’s Annual Christmas Opening 2017, Auburn Development Council will be hosting retail businesses and vendors who do not have a storefront in downtown Auburn to participate in a Popup Retail event!

Webinar: Preparing for the Holidays on Social Media

Join the team at BCom Solutions as we map out the best way to prepare for the holiday season! With Thanksgiving around the corner and the holidays in full swing soon, your digital strategy should be in tip-top shape.

Webinar link will be provided.

Monthly Workshop: The Brand of You

Presented by Randy Hawthorne, Executive Director at the Nonprofit Hub

1. Three personal brand attributes you represent by your personal brand
2. Discovering your expertise, because everyone is an expert at something you’re passionate about
3. A personal mission statement that promotes you and your passions, not just your business
4. Utilizing social media to promote yourself in an integrated way

Our October Keynote Speaker Series will feature Ben and Amber Pankonin, leading Nebraska entrepreneurs in the digital banking (Ben) and nutirition (Amber) space. This event is perfect for young adults, students looking to explore entrepreneurship and startups, and community members interested in learning what it’s like to not only be an entrepreneur, but also be married to an entrepreneur.

Join Auburn Mayor Scott Kudrna as he delivers a “State of the City” address, as well as a community forum.

Join a member of the BCom Solutions team to chat about DIY website strategies to get your business on the web!

Mentorship hours are offered on a bi-weekly basis to community partners of the Rural Impact Hub.

1:1 Business Hours are hosted by the Rural Impact Hub! RSVP here and stop by anytime between 11 a.m. and 12 p.m. on September 7th.

More about Quentin below:

Farley has been active in the marketing/communications industry for over 30 years. His professional experience includes providing video training and marketing solutions for business growth. His clients have included businesses in agriculture, insurance, health services, manufacturing, and education, as well as federal and state agencies. Farley has also served as an adjunct professor at the University of Nebraska-Lincoln.

There are billions of dollars available in contracts for small businesses and government agencies. Nebraska Business Development Center specialist Quentin Farley will provide an overview of these opportunities in our September workshop. NBDC is ready to help your company or organization take advantage of these lucrative opportunities.

We use humor in every aspect of our lives. We use it to build community, break down barriers and to assist us in solving problems with a lighter touch. We us humor to sell ourselves, our companies, our services, our products, and our ideas. We use humor to lighten the load, to create relationships, to heal, to overcome, to remain whole.
A former educator, award winning humorist, and President of Laughter’s Echo, we’re excited to welcome T. Marni Vos as the first keynote speaker at the Rural Impact Hub!

The conversation will focus on identifying the five main barriers that prevent rural communities from attracting younger generations. Participants will work through a facilitated conversation for how to move past these roadblocks and make a difference.

Appetizers & drinks provided by BCom Solutions and The NET.

Join the Nemaha County Leadership Class #3 for a kick-off celebration as we unveil the class project! The NET was formed to create a place for individuals to collaborate and grow. A group for social, professional and community development & involvement. 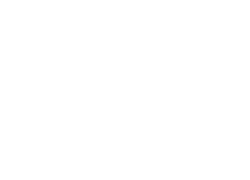 At the Rural Impact Hub we collaborate as a community to strengthen and develop our rural America.